Just resurfacing from one of the hardest decisions this family has ever had to make, Frances left us just a few days ago. She was

Cease the opportunity right! So school is canceled and sports are suspended, what now? Well, I enrolled my kids into the Dad’s Academy (lodge clean

Well, this sure isn’t what we all thought spring of 2020 would look like isn’t it.  Fortunately Manitoba hasn’t been hit as expected (under 300

Protecting wetlands can be a solution to Lake Winnipeg’s problem

DUC research scientist Shane Gabor (far right, white hat) is interviewed by the crew of Stornoway Productions about DUC’s Broughton’s Creek research for CBC TV’s The Nature of Things documentary Save My Lake, airing April 3, 2011.
Oak Hammock Marsh, Man., March 30, 2011 – CBC Television’s The Nature of Things is plunging into the scientific and environmental factors behind the deterioration of Lake Winnipeg Sunday, April 3, and will be highlighting some of Ducks Unlimited Canada’s (DUC) cutting-edge wetlands research.

The documentary, produced by Stornoway Productions, is called Save My Lake and will follow the scientists and researchers who are trying to determine what is causing Lake Winnipeg to be taken over by toxic blue-green algal blooms.

DUC researchers for the Institute of Wetlands and Waterfowl Research, Shane Gabor and Pascal Badiou, were filmed during the production of Save My Lake, and on April 3, viewers will be able to follow them as they take a tour of a watershed in southwestern Manitoba and explain how wetland drainage is contributing to Lake Winnipeg’s problems.

“Our research has found that the continued drainage of wetlands in southwestern Manitoba is increasing phosphorus loads into Lake Winnipeg equivalent to dumping 10 semi loads of commercial agricultural fertilizer or 544,000 bags of lawn fertilizer directly into the lake every year,” says Gabor, DUC regional research biologist.

Algae blooms are caused by nutrient loading. Nutrient loading is when phosphorus and nitrogen are carried by water movement across the land and into water bodies such as Lake Winnipeg – stimulating algae growth.

“Ongoing wetland drainage across the Prairies is making water quality issues worse in Lake Winnipeg by increasing nutrient loading,” says Badiou, research scientist for DUC. “Our research has shown that up to 70 per cent of the wetlands in southwestern Manitoba been lost or degraded and this has had exceedingly negative impacts on Lake Winnipeg and Manitoba’s environment.”

Lake Winnipeg has long been a beloved destination for vacationers and cottage owners – for generations, it has been a recreational hub for families, residents of Manitoba and tourists. Those who have experienced and enjoyed Lake Winnipeg have a strong, personal connection to its vast beauty.

“For over 30 years, I have spent my summers on the magnificent shores of Lake Winnipeg. But when I see green sludge so thick that I am afraid to let my kids swim in the lake, it’s time to look into the situation,” says Paul Kemp, co-director and executive producer, Stornoway Productions.

Lake Winnipeg is the 10th largest fresh water lake in the world, but it also has the highest concentrations of algae in the world. Literally thousands of lakes in Canada, and throughout North America, are suffering from similar fates. Save My Lake reveals how a perfect storm of agricultural and hydro practices, sewage runoff, flooding and wetland drainage have affected the lake. The program also examines why Lake Winnipeg’s ecology has changed so drastically over the past three decades, and what can be done to secure it a healthy future.

“Protecting wetlands can be a solution to Lake Winnipeg’s problem as they naturally filter nutrients,” says Gabor. “Given that the Province of Manitoba is investing millions of taxpayer dollars to reduce nutrient loading to Lake Winnipeg, stopping the continued destruction of wetlands should be a top priority.”

Check your local listings for air times, then tune in Sunday, April 3 to view this in-depth documentary regarding one of Canada’s most precious water resources. 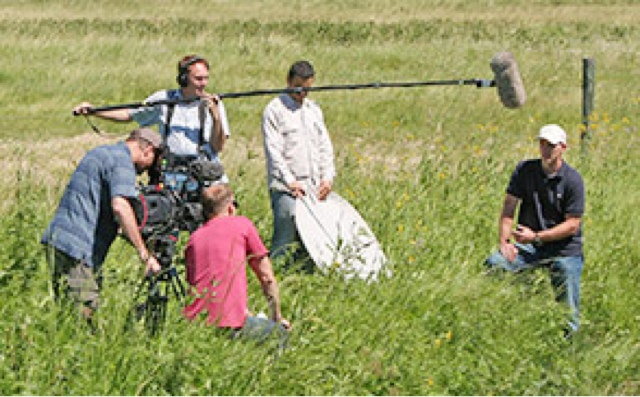